Our team of staff and volunteers impact the lives of youth and teens in Hartford. We are dedicated to providing a positive environment and a pathway to opportunities and life-changing programs. 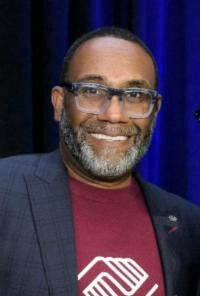 Gray received his Bachelor of Science in Business Management from Albertus Magnus College.  He also received his Master of Science in Management and Organizational Leadership from Albertus Magnus College.  He is a past Woodruff Fellow through Boys & Girls Clubs of America. Gray has also received Executive Leadership certificates from Clemson University and Harvard University.  He received a certificate from the University of Georgia’s Sherpa Executive Coaching Certificate program.

Gray has been associated with Boys & Girls Clubs since the age of eight.  He believes that his journey from a Club member to a youth development ambassador is a gift.  He challenges youth to dream and exposes them to things they may not otherwise be exposed, to become productive, responsible, caring citizens in our community. What he cherished the most is his responsibility as a father. He can be best described as a caring and supportive father to his three sons, Marcus, Myles, and Mason.   He balances his work life to ensure that he is an example and visible in his son’s life. Gray wants the best for his sons and challenges them to be better than he is. Enabling all young people, especially those who need us most, to reach their full potential as productive, responsible and caring citizens in Greater #Hartford.

Due to inclement weather, we will be closing the Clubs early. All sites will be closed by 6:00 pm and we are encouraging families to pick up their kids as soon as possible. Please contact your Clubhouse to coordinate pick-up times for your child.